A Message From Our Chairman - Gary Elden, OBE 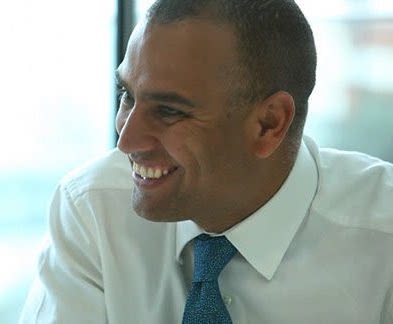 Why I believe the Diversity and Inclusion Charter is important.

I am of mixed heritage. My father is of black ethnicity, from Jamaica and my mother is white from the UK. I’ve experienced racism throughout my life, with the police, school, work, restaurants, clubs, the list goes on.

I left school at 16. University was never discussed with me at school despite me being in all the top classes. I wanted to work in the City and after sending out over 100 CV’s and attending over 20 different interviews I managed to get a job with a Lloyds Insurance broker. 4 years later, I realised the odds were heavily stacked against me to successfully climb the career ladder. I had seen how the system worked and I wasn’t a white middle-class male, I didn’t have a degree, my “daddy” was not a Lloyds underwriter or friends with the Managing Director, so I knew I had to leave.

Sthree backed me to start my own company after five years. We became a listed FTSE 250 company in 2015 where I was promoted to the main board in 2008 and made CEO in 2013. When I left last year the company’s turnover £1.2b, employed c3,000 staff globally and made a record £60m profit

Despite having a very successful career I always knew I was the exception to the rule and knew I was incredibly lucky. My bosses, who happened to be white men, did not discriminate or tolerate anyone that did. This really cannot be said about society or companies as a whole, just look at the data, there has sadly been very little change in areas where it really matters.

Here's the problem with the system.

Then everyone is shocked when there has been so little change and blame the fact that there are no suitable candidates.

I have over 10 years Plc board experience, 6 years’ experience as the CEO of a PLC, an OBE for Diversity in Business and I am of colour. ✅ ✅ ✅

Yet I have not been approached by a single search firm for a non-executive role, not once. If I had been approached, shortlisted, interviewed and had not been unsuccessful, then fair enough. The fact is I have not even been considered and the same can be said for many senior black colleagues I’ve spoken to. This is not about me. I have had an amazing experience working for an amazing company. I know from speaking to others that this is an exception to the rule and this is why we need the change for this to become the norm.

What we need to do is make it so that the next generation, who have a similar background to me are not discriminated against because they are not part of this exclusive white male members club who from time to time let in a few women and the odd person of colour.

The Diversity & Inclusion Charter is about pledging to change. We need to change the process. Search companies used by listed companies should not be chosen by the Chairman who may have a vested interest to get other non-exec roles from the same search firm. The company should have an independent committee who decides the search firm to work with making sure the company they choose have demonstrated that they have considered a diverse talent pool and have demonstrated that they looked outside their “black book”. I always hear the reason why we only have white males is because they are the only person qualified for the job as they must have previous board experience (catch 22). We can’t just keep saying this.

How do we change this? Let’s create a shadow scheme where high potential candidates with no previous board experience are offered a role to work alongside an experienced board member - think of it as a board apprenticeships. They will then get to understand what it takes for example to head up a remuneration or audit committee, preparing them for future roles.

We have to address the problem if we want to change and everyone has a role to play. It’s not a black issue it’s a humanitarian issue. Those in power need to change and we need to help them. Those not willing to change, we need to expose them so they have to change.